[This abstract is from the Journal Watch blob of Conservation Magazine, the journal of the Society for Conservation Biology. As a 35+year-old environmental NGO working with the global small island community, Island Resources Foundation believes that this issue — restoring coastal wetlands in the face of global climate change effects, including especially sea level rise — is the biggest challenge bar none arising from the climate change complex. bruce potter] 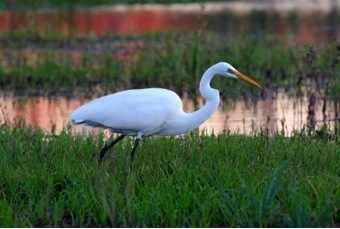 As the world’s sea levels inch upward over the next century, U.S. coastal wetlands have a possible escape route: migrate inland. But researchers say that much of the low-elevation land along the East Coast is slated for development, leaving little room for wetlands to retreat.

The team analyzed land use plans from 131 U.S. jurisdictions along the Atlantic Ocean and found that 57 percent of dry land under 1 meter was at least partially developed or due for development. Since developed land is usually protected with structures such as bulkheads, wetlands will be unable to move inland at these sites, the team says in Environmental Research Letters. Conservation lands, which are less likely to use protective structures, accounted for only 9 percent of the low-lying area.

Under current regulations, the environmental impact of shore protection is considered fairly low. But “[i]gnoring the habitat eventually lost by blocking wetland migration is unreasonable, in our view,” the authors write. They urge regulators to consider the environmental effects of sea level rise – which could exceed 1 meter under some global warming scenarios – in future coastal planning. – Roberta Kwok